Another year has flown by. Last year, as we wrapped up 2021, amid the persistence of the pandemic, the world pushed ahead on the recovery and began shifting towards new ways to adapt and grow.

For Motiva, it meant a year full of opportunities, growth, and renewed connections with friends, employees, and industry peers. We were able to capitalize on new business ventures and collaborate with numerous artists and creators. Majorly, build valuable connections with various people across the globe. 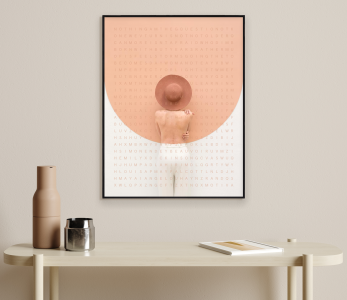 Along the way, we accomplished significant milestones and initiated and participated in successful events. We worked on new projects, formed rewarding partnerships, made worthwhile memories, and met some great people.

On our journey, we did some great things. Here are some key highlights for us at Motiva- 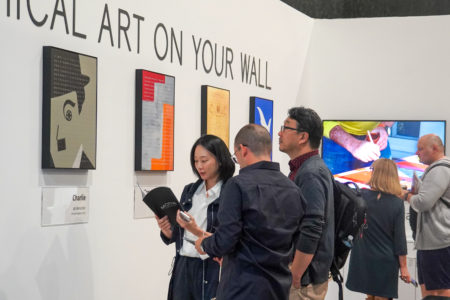 We Introduced Motiva to the World

Motiva was born from the innovative idea of presenting quotes in a meaningful way. This idea was then spelled out as a technological challenge that needed to be met. Motiva was initially developed as digital art for the screen. Through three years of extensive research and development, Motiva eventually evolved into a multi-faceted product fusing art and technology. 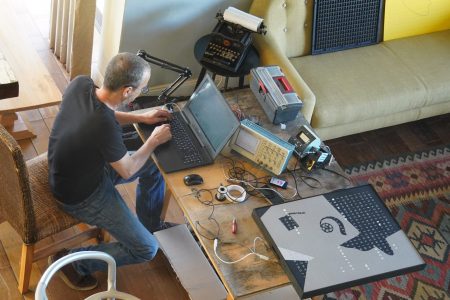 An original design concept was conceived for Motiva and later patented. In Spring 2022, the Motiva design, hardware, and first artworks were established. Then began Motiva’s journey of spreading its wings and soaring into a world full of endless possibilities and infinite opportunities. Through various collaborations and partnerships we gathered along the way, Motiva established itself as a new visual art that blends art and words with design and technology to bring ‘philosophical art on your wall’. 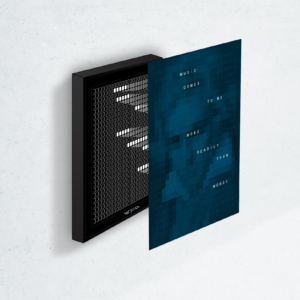 Philosophical Art on your wall

Motiva has traveled across the globe and now hangs on different walls right from Arizona, Nebraska, Valencia, and Catalonia to Singapore, Vietnam, England, and South West Finland. 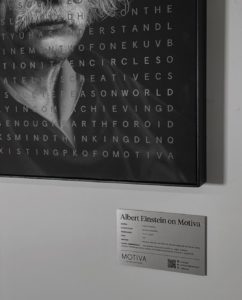 The Albert Einstein Motiva at The Hebrew University of Jerusalem

We felt truly honored and grateful to present our Albert Einstein Motiva at the School of Computer Science of the Hebrew University of Jerusalem. Prof. Einstein was one of its founders. The Albert Einstein Motiva stands gracefully on the management floor of the School of Computer Science. While it becomes an attraction for visitors, students, and staff alike.

Motiva has also traveled across the globe and now hangs on different walls right from Tucson, Omaha, NYC, Valencia, and Barcelona to Vietnam, London, Tel-Aviv and Finland. 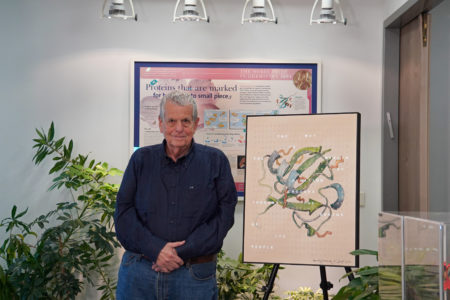 ‘The Seen & Unseen Beauty of Nature’ by Prof. Aaron Ciechanover

Prof. Aaron Ciechanover is an Israeli biologist and author who won the Nobel Prize in Chemistry (2004) for the discovery of ubiquitin-mediated protein degradation. When we first introduced Ciechanover to Motiva, he was intrigued by how different elements come together to represent an idea. Inspired, he then created ‘The Seen and Unseen Beauty of Nature’ which represents the 3D structure of Ubiquitin along with 14 personal quotes that are a testament to his late father’s spiritual will. 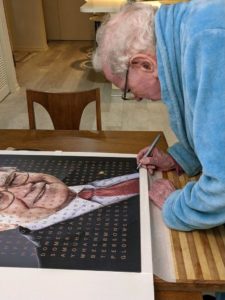 ‘Warren Buffett’ Personally Signed a Motiva to Auction it for Charity

While Motiva was traveling to places we caught the attention of the great Omaha Investor- Warren Buffet! Buffett signed a Motiva featuring a photograph of himself and displaying several of his most famous quotations. We auctioned this signed Motiva on Buffett’s birthday to benefit Girls Inc. of Omaha. 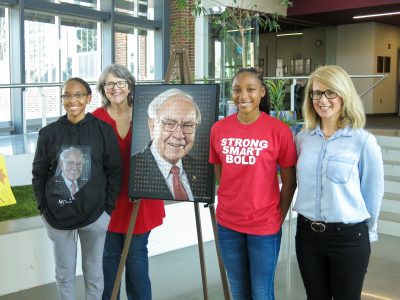 Girls Inc. of Omaha with the Warren Buffett Motiva

The auction fetched a generous sum of $75,100 that helped young girls and women to achieve their dreams through opportunities created by Girls Inc. of Omaha. This auction was part of ‘Motiva for a Cause’. It is Motiva’s initiative to make the world a better place through the power of words and art. 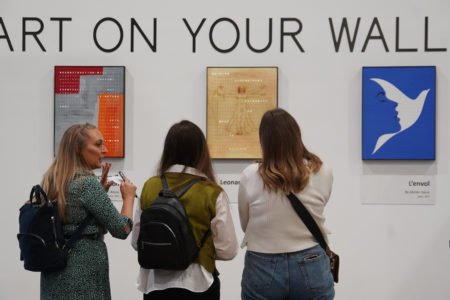 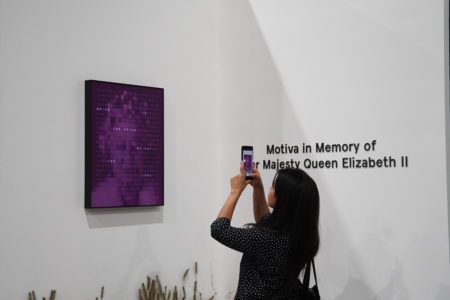 As Design London coincided with the passing of The Queen, we decided to create a Motiva of Her Majesty as a homage to her tenacity and inspiration. This Motiva represents the timeless grace and eternal memory of The Queen as it hangs forever on the wall.

Overall, we received an impeccable response throughout the 4 days, with many visitors showing great interest in Motiva. Motiva enthralled the visitors as the quotes appeared on the artwork in front of their eyes. 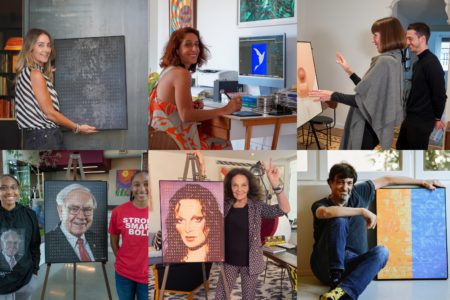 We Met Amazing People along the Way

Through various collaborations and networking, we build nurtured connections and valuable friendships with people from across the world. Motiva as a brand transcended borders and so did our human connections.

Renowned and talented creators and artists such as Malika Favre, Anna Devís & Daniel Rueda, Nestor Canavarro, and Noma Bar not only joined our creator community, but we also formed meaningful relationships with them who have brought us nothing but joy through their generous persona and exemplary work.

We also had the opportunity to meet and engage with incredible personalities like Aaron Ciechanover, Diane Von Furstenberg, Dana Oberson, and Romero Britto, pioneers in their respective fields who are making history to date.

We had the warmest encounters with Girls Inc. of Omaha– we not only had a great rapport but also shared smiles with the management team and the little girls that are part of the Girls Inc. foundation. 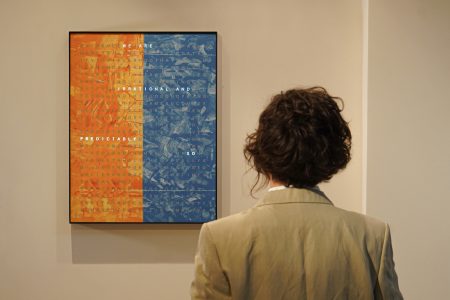 ‘Our Irrational Nature’ by Dan Ariely

What We’re Looking Forward to Next Year

We experienced these incredible moments and are grateful for them. With 2023 approaching, we look forward to new challenges and how we can make this year even better than the last.

We are optimistic that this coming year will pave a more robust way for Motiva. While we can draw on new opportunities and deepen our present and future connections.

With that in mind, we’d like to reflect on the lessons learned from the various experiences of the past year. And how they can help us not only be successful in our collective efforts but thrive as leaders in what we do.

So let’s celebrate all the wins, learn from the mistakes and carve a strong path forward. 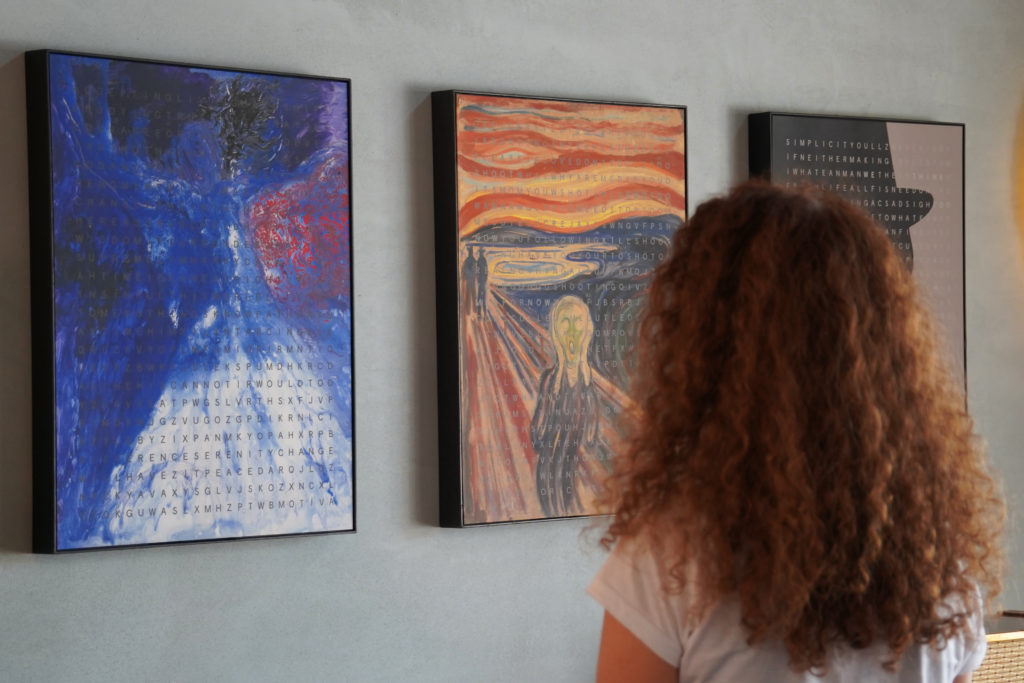 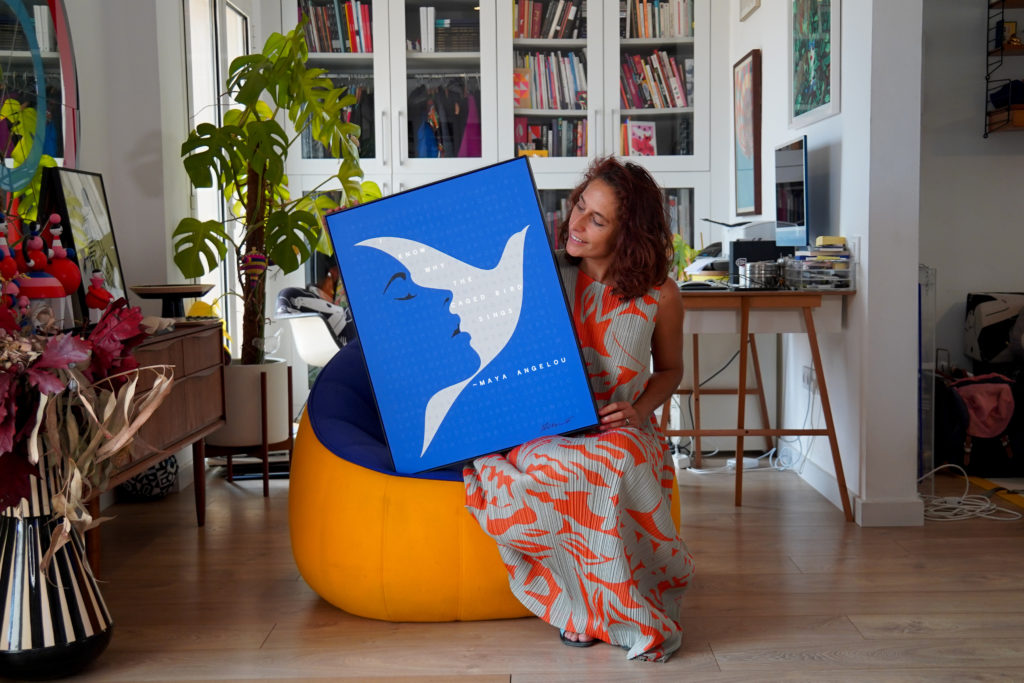