Gili lives and works in a rural area east of Tel-Aviv, after having lived and studied in the U.K. During her years in London, and later on, Gili worked on numerous installations for exhibits connected with the A.A.S.A., other exhibits and one-off projects. Furthermore, Gili works on individual projects as an architect, an interior designer and applied artist

Gili’s artwork manifests a culmination of all her acquired knowledge and the eclectic influences which were absorbed by her mind and soul. Her art bears evidence of Hasner’s influences and of Mystical Expressionism style that touches on her interest in the powers of the written word. The paintings come into being almost of their own volition, intuitively, out of the motion of the paints applied unmitigated with her hands allowing Gili to explore the unknown, within and without herself, and to express her experiences in shape, form and color. She strives to inspire the viewers to peer into themselves and take inward journey. 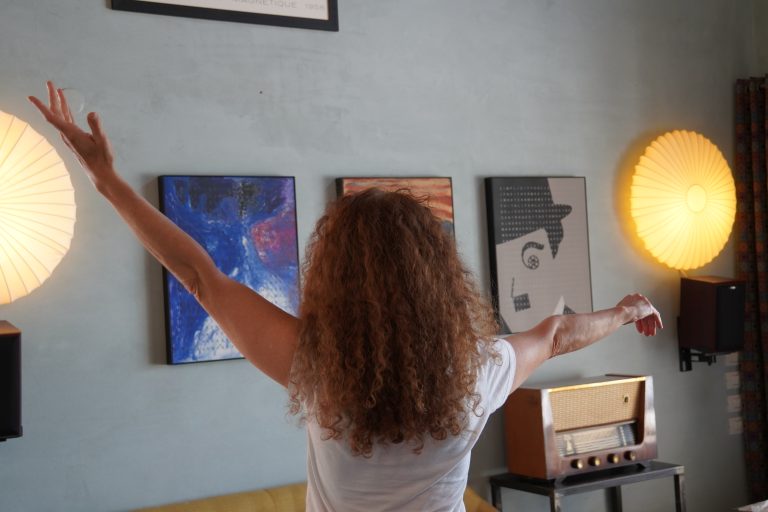